The headland extending south of St Francis Bay was once home to three world-class point breaks, Bruces, Killers and 69s

A powerful, top-to-bottom (69) right-hander that peeled across a beautiful embayment immediately south of the shifting dunes that were stabilized for Santareme.

Few surfers knew about this spot. In the 1970s access was difficult, via a track off the old St Francis-to Seals road at Cow’s Corner, through the present-day airpark, and down a rutted track to a cobbled bay. Later, 69s was accessible via Santareme.

Whenever there was a solid swell with some east in its direction, the few in the know would head for 69s and enjoy uncrowded sessions. Lower down the point, Bruces and Killers would be packed while 69s was near empty

69s could hold a large swell, even larger than Killers, and in a straight east swell, was a good couple of feet bigger than the spots lower down the point. Like Killers, it was not a forgiving wave. The jump off spot was terrifying in a big swell. Getting to the lineup required leaping across a gulley to an isolated rock; once committed, there was no turning back. A friend of mine got his leash snared in the gulley and was viciously pummeled by an eight-wave set. This antic was greeted with raucous sympathy.

The last 100 meters of 69s did credit to its namesake: solidly top to bottom! Deciding when to exit was crucial. Going too far on a small wave meant risking being caught inside by the set waves, a grisly fate

As far back as 1986, the future of 69s was being considered by the Apartheid government when it mooted a small-boat harbor for St Francis Bay. The site identified was a small east-facing bay, precisely the one that delivered 69s. The feasibility study reported wave height data, collected in the mid-winter months, that did not include a single east swell. Their conclusion: the sites is as calm as they come. Some surfers would beg to differ.

The harbor project gathered momentum in the early 1990s, concomitant with the growth of the chokka industry. At that time, the Kromme River was chock full of small craft, all wanting their share of this lucrative fishery. The locals weren’t impressed. The harbor would rid the river of these undesirables. And there would be jobs. After more than a decade of stagnation, everyone was hungry for a new project. Raising objections to the harbor based on the extinction of a surf spot was pointless if not frivolous, given the obvious economic benefits of the development.

So next time you visit Port St Francis, seated in pleasant restaurant overlooking the bay, shift your gaze to the southeast, over the harbor wall, and you will see 69s’ jump-off rock. Imagine a six foot, top-to-bottom wave peeling right across the harbor and beyond, exploding on the unforgiving sandstone slabs in the death zone. Spare a thought for an extinct wave – an irreplaceable feature – that succumbed to our tragic need for perpetual economic growth. 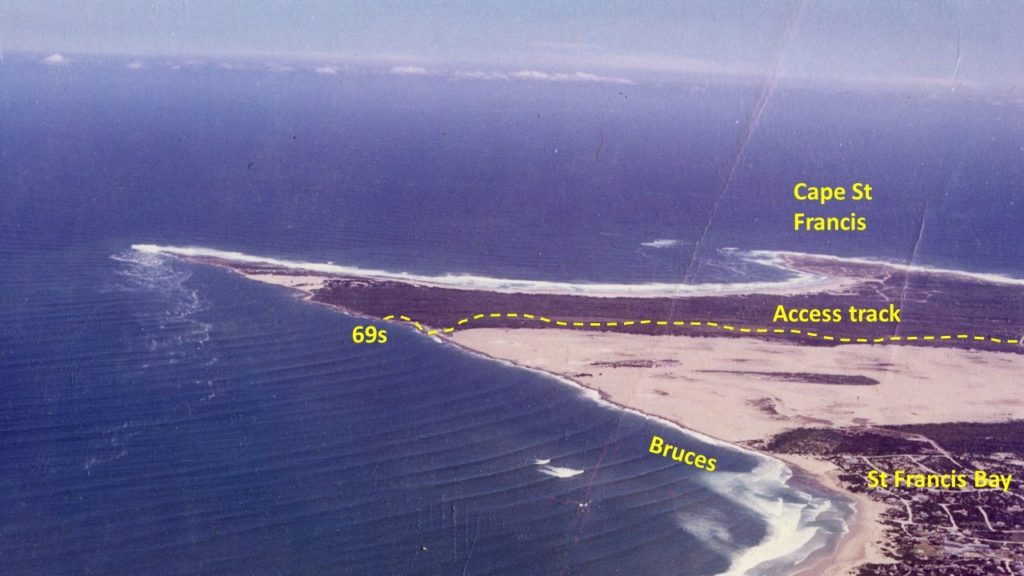 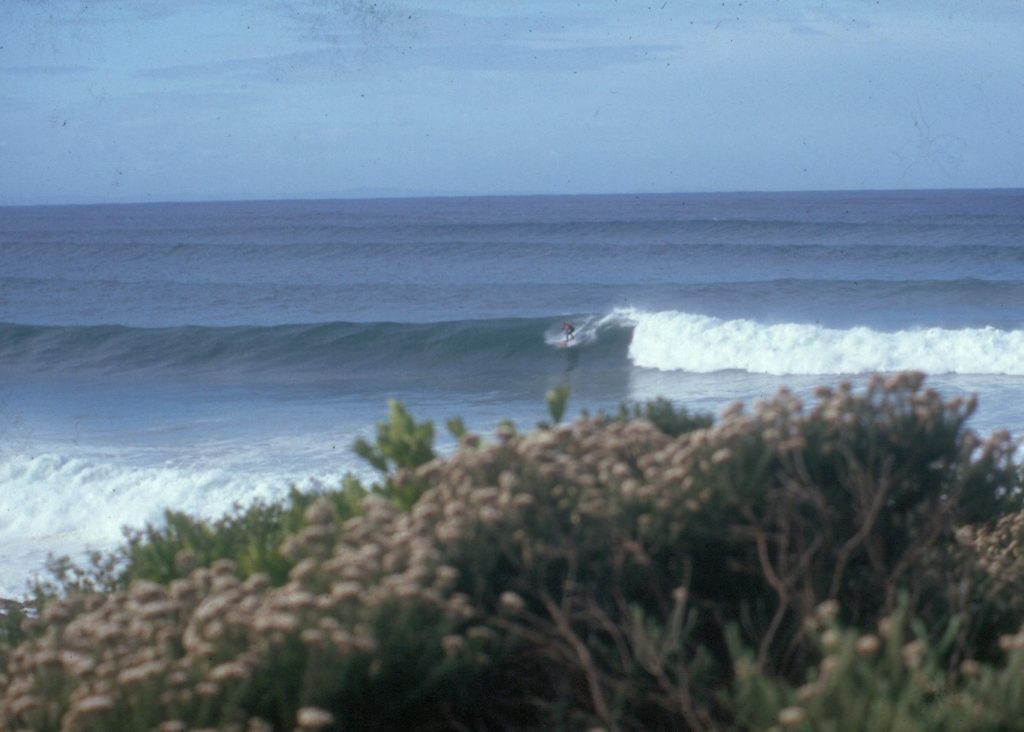 Trevor Hansen on a large, east-swell day in May 1985 when St Francis Bay enjoyed several days of pumping swell, which attracted big crowds (at least for those days) at Bruces and Killers. 69s remained blissfully uncrowded. Photo: Richard Cowling. 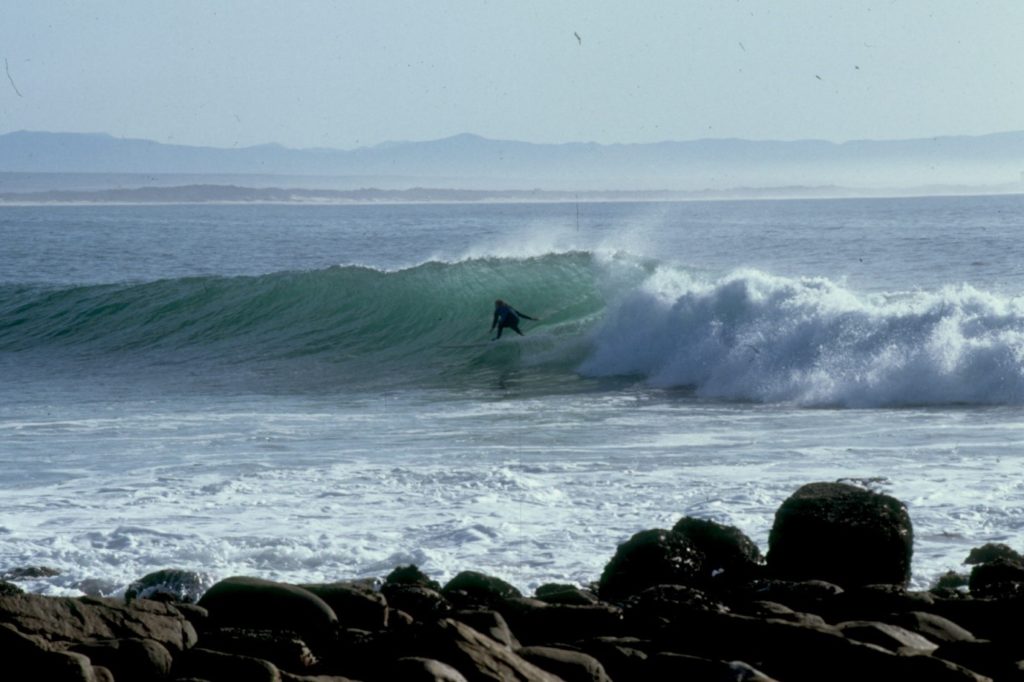