The River, Spit and Beach Update, The St Francis Roads Update, SRA Questions and Answers, and some new COVID Stats.

There has been ongoing work on the spit and revetments after the fourth breach of the spit on 13/14 September 2020.
The emergency revetment is now complete up to the point of the last breach, opposite the pump house. That area that appears ‘incomplete’ is actually the area that has been nourished by the dredging from the Riparians. 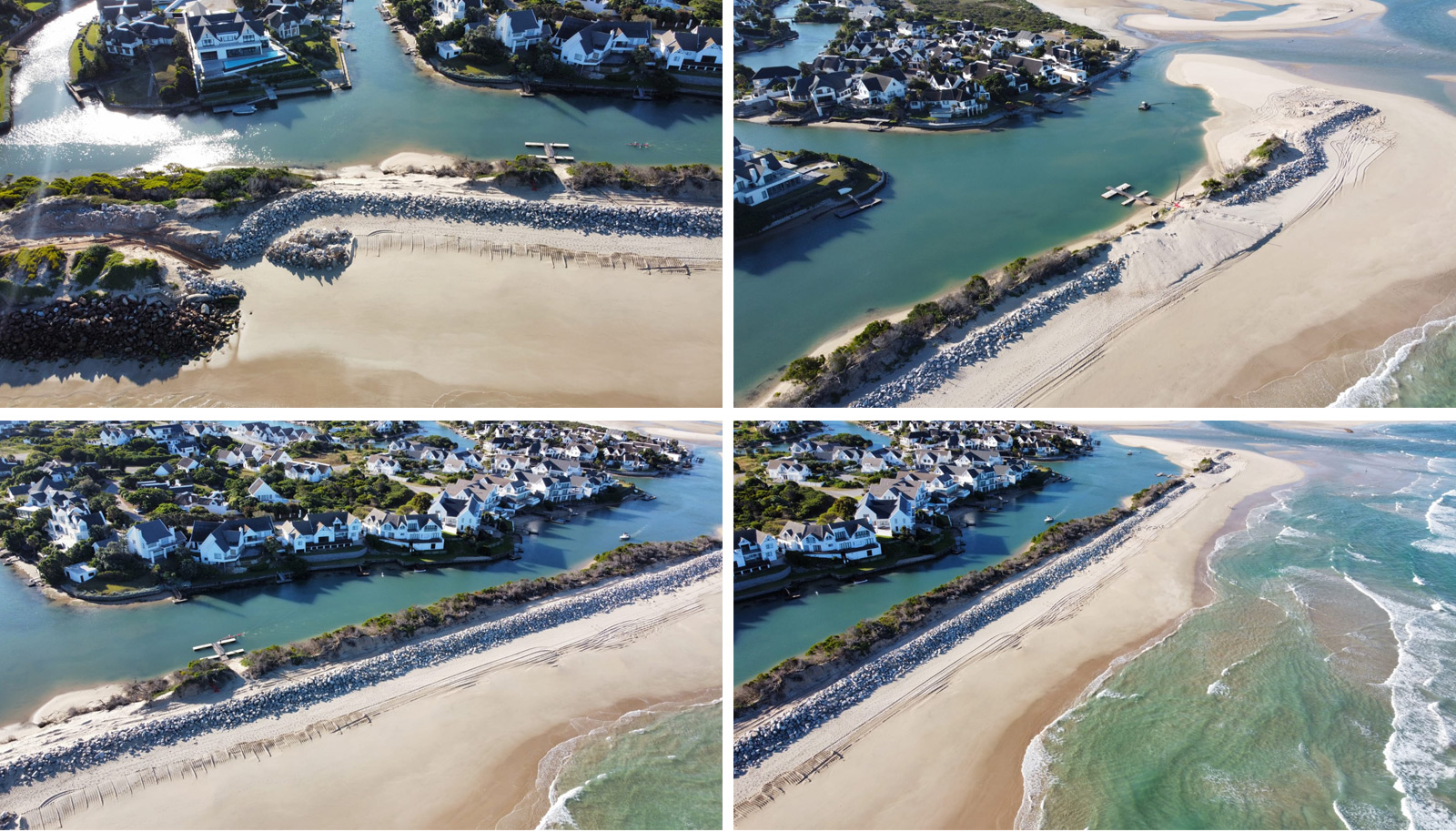 Craig Northwood is one of the directors of the St Francis Property Owners NPC, his primary responsibility is roads and other minor projects.

There has been significant progress with the roads in St Francis Bay. The Municipality, as part of their contribution to the restoration of the roads infrastructure in the SRA demarcated area, re-surfaced some 40% of the arterial roads included in the SRA Business Plan.

This work included St Francis Drive from Lyme Road North to Assisi Drive and a section of Lyme Road South. The work was extended further to Harbour Road, a further 0,5km into Santareme, 0,5km up Tarragona Drive, and includes two streets in Sea Vist. The dip between Lyme Road North and the Fire Station was repaired.

For more information on the roads and road upgrades, watch the video with Craig.

There was a time a little while ago when the conversation finally started veering away from COVID, and things were looking up. Unfortunately, that is not the case, especially in the Eastern Cape.

Right now, no one wants to hear from us that they need to wear a mask or social distance, so here are a few facts, just so that we all know where we are in the area.

Statistics from the Eastern Cape Department of Health show the frightening curve and how the number of active cases in the metro jumped from 238 on 11 October to 3,092 by 4 November. On some days the total active cases in the city increased by as much as 500 cases a day.

“Yes, we are experiencing a resurgence,” the district manager for Nelson Mandela Bay, Darlene de Vos, said last week in an interview with Daily Maverick. “We have 3,092 active cases.”. At the time of writing, the official stats showed just less than 6,000 cases. It appears that the second wave is in full swing, particularly in Nelson Mandela Bay.

SFPO and SRA Questions and Answers

In this video, Wayne discusses the benefits of the SRA, including the cameras, the work done on the roads, and the river spit and beach project.

Wayne also discusses the recovering property values in St Francis Bay. This and that so many people came to stay during the initial COVID period. Many of these people have been deciding to move into the area on a more permanent basis.

Finally, Wayne chats about the funding towards the river, spit and beach restoration project. Wayne explains that The Kromme River Estates, the Kromme Joint River Committee, the Riparians and the Kouga Local Municipality are all contributing towards the funding.

“Without a beach, this town has very limited tourism appeal.”

For more information, please watch the video with Wayne.